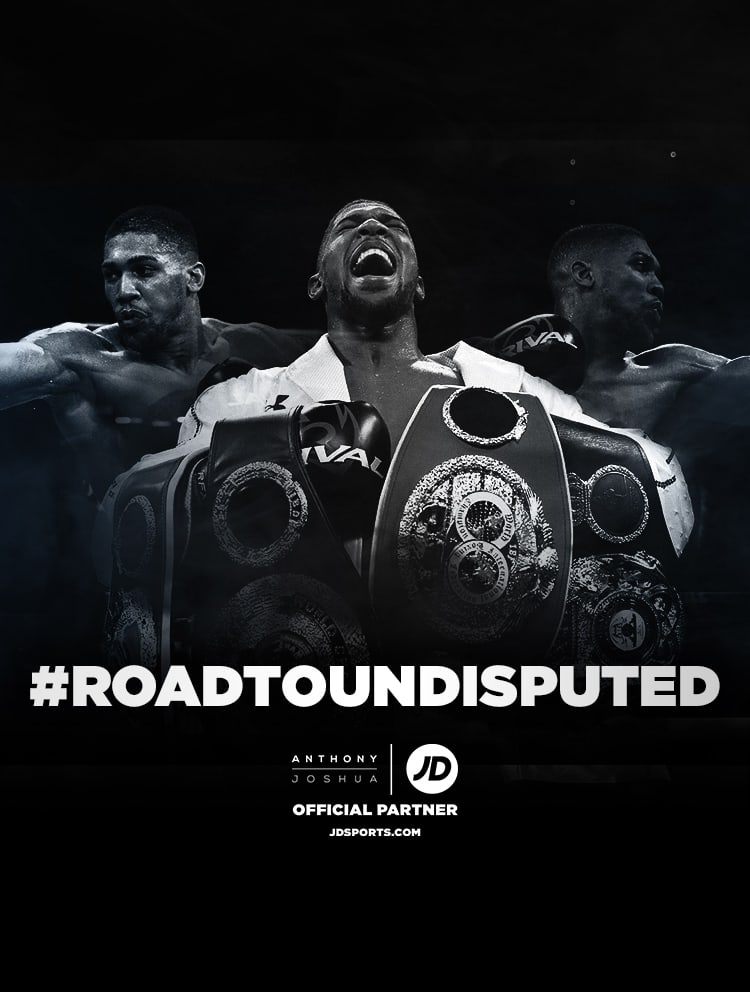 JD are hyped to partner with Heavyweight World Champion Anthony Joshua to review his professional boxing journey so far.

Over the years we’ve followed AJ’s journey through the ranks from his Olympic Gold medal, to gaining his first World title vs. Charles Martin as well as the blockbuster Wembley fight with Wladimir Klitschko. Through the loss and the comeback against Andy Ruiz Jr to make him a 2x World Champion, AJ’s path to greatness continues on the road to being Undisputed Heavyweight Champion of the World.

Fourteen months on from his Olympic gold medal win, Anthony Joshua embarked on his #RoadToUndisputed and made his professional debut at the O2 Arena in London, with an easy first round stoppage over Italian Emanuele Leo. His opponent, who was previously unbeaten in eight fights, was unable to cope with Joshuas power, getting knocked down only two minutes 47 seconds into the fight following a vicious flurry from the Olympic champion.

Joshua picked up his 5th professional win at a lively SECC in Glasgow, needing just 134 seconds to see off Argentinian opponent Hector Avila. Fighting in Scotland for the first time, AJ headed to the ring to the Proclaimers 500 Miles and soon had the arena on their feet with a left hook that sent Avila stumbling.

In his 9th professional fight, Anthony Joshua picked up the WBC International heavyweight title with an impressive second-round win over an experienced Denis Bakhtov. The Russian was expected to be a much tougher test, having not been stopped for 9 years, but AJ again had too much power, and the referee was forced to stop the fight after a series of relentless punches.

Joshuas 10th successive KO, came at the expense of veteran Michael Sprott at a packed Echo Arena in Liverpool. It didnt take long for AJ, who pinned Sprott against the ropes early and unloaded a series of blistering punches, forcing the referee to step in within 90 seconds of the first round. Joshua took his win tally to double figures to end a busy year, and set up an exciting 2015.

Anthony Joshua knocked out Raphael Love in frightening fashion in Birmingham, in front of American rival Kevin Johnson. AJ needed just 2 rounds, before ending the fight with a spectacular right hand that left Love struggling to get to his feet.

It took Anthony Joshua just 90 seconds to win the Commonwealth heavyweight title over Gary Cornish at the O2 Arena. The power and impact of AJ was too much for Cornish, who was knocked to the canvas twice, before being waved off by the referee.

An electric British title collision at the O2 Arena ended in victory for Anthony Joshua, with an explosive 7th round knockout of Dillian Whyte. Whyte looked to catch AJ off-guard in the early stages of the fight, hurting Joshua for the first time in his career, but AJ remained composed and picked Whyte off with relentless left-right combinations. The crowd also enjoyed an impromptu performance from grime artist Stormzy, who welcomed AJ to the ring with a rendition of his hit Shut Up.

Anthony Joshua made a huge step on his #RoadToUndisputed by overcoming American Charles Martin to become the IBF heavyweight champion of the world. Despite critics questioning whether AJ was ready for this step so early in his career, he made light work of the American, knocking him to the canvas twice in the second round before the referee called a swift end to the fight.

June 25th 2016 saw Anthony Joshua defend his IBF crown for the first time as he fought Dominic Breazeale. The American was only the second boxer after Whyte to take Joshua past the third round, with AJ grabbing the win in the seventh with a terrific KO in front of a packed O2 crowd. In the build-up to the fight AJs camp didnt go to plan, with the champion picking up an illness shortly before fight night.

Anthony Joshua stepped back into the ring in December 2016 to defend his IBF title against Americas Eric Molina. Wladimir Klitschko was rumoured to fight Joshua after uncertainty grew over his rematch with Tyson Fury, however he had to settle for a ringside seat as he watched AJ knock Molina out in the third. The pair met in the ring after the fight as Eddie Hearn announced they would take part in a unification bout in April 2017 at Wembley Stadium with the IBF, WBA (Super) and IBO titles on the line.

In April 2017 Anthony Joshua made history with a huge unification fight against boxing legend Wladimir Klitschko. In front of a British boxing record crowd of 90,000 at Wembley Stadium, the two heavyweights captured the world with one of the greatest battles in heavyweight boxing history. It was a toughly fought contest, with AJ getting knocked to the canvas for the first time in his career, before finally finding a way past the Ukranian in the 11th round with a flurry of huge punches. In unifying the IBF and WBA belts, AJ took one step closer on his #RoadToUndisputed.

Anthony Joshua successfully defended his heavyweight titles against Carlos Takam in front of a sold-out Principality Stadium in Cardiff. His French-Cameroonian opponent was a late replacement, after original challenger Kubrat Pulev pulled out through injury just 12 days ahead of the fight. AJ had his nose broken early in the fight by Takams head, but he was able to regain his composure, and knocked Takam down in the 4th round with a heavy left hook. The referee stopped the fight in the 10th round somewhat controversially, but it was a solid performance for AJ that sets up some interesting fights in 2018 as he continues on his #RoadToUndisputed.

Anthony Joshua has his first professional defeat at the hands of Andy Ruiz Jr with a seventh round TKO.

Joshua brought out a tactical masterclass in Saudia Arabia as he defeated Andy Ruiz Jr on points.

AJ returned to the ring to successfully defend his titles against Bulgarias Heavyweight Kubrat Pulev in a ninth-round KO.

The unrivalled sports destination for the everyday athlete, with the latest sports gear from the greatest brands 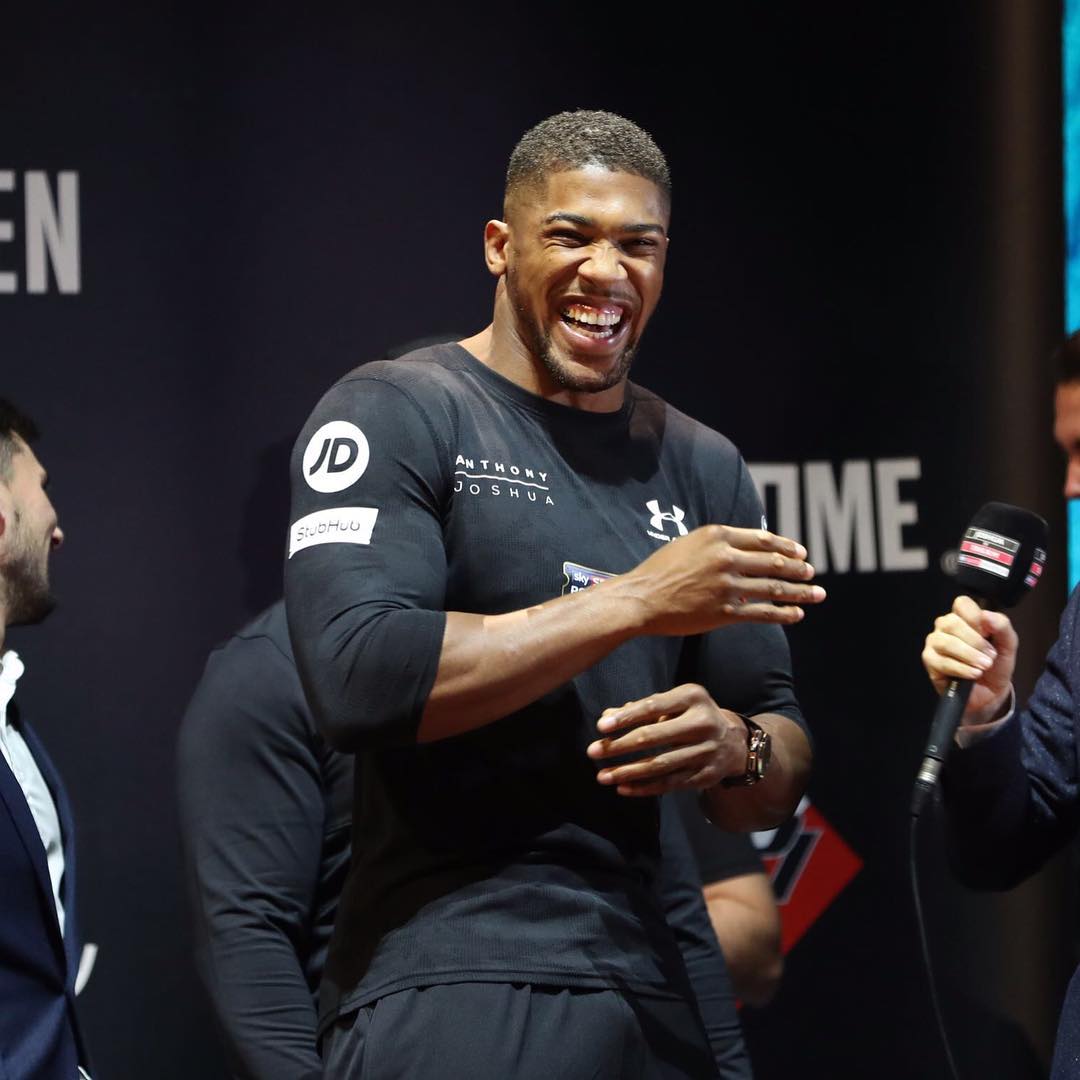 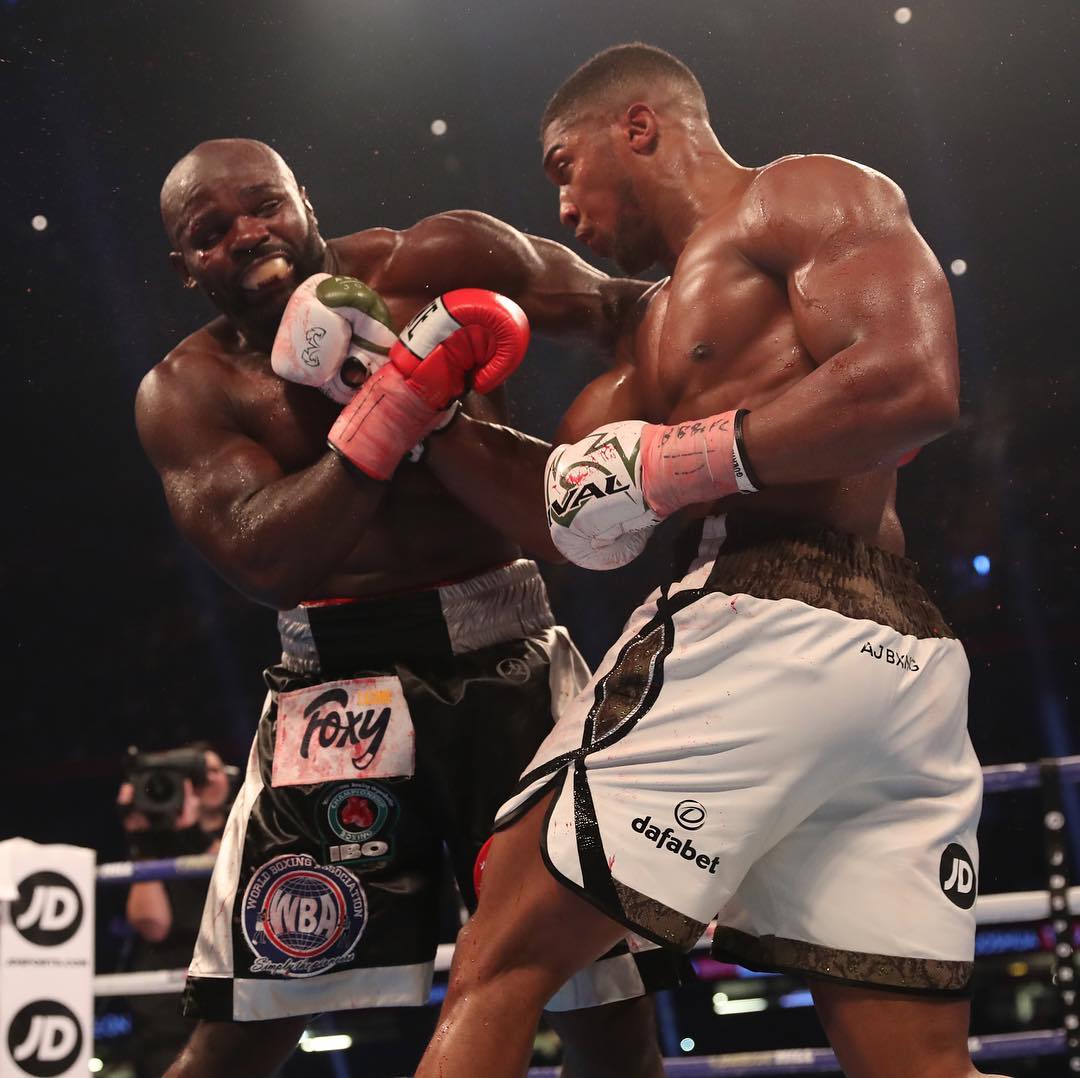 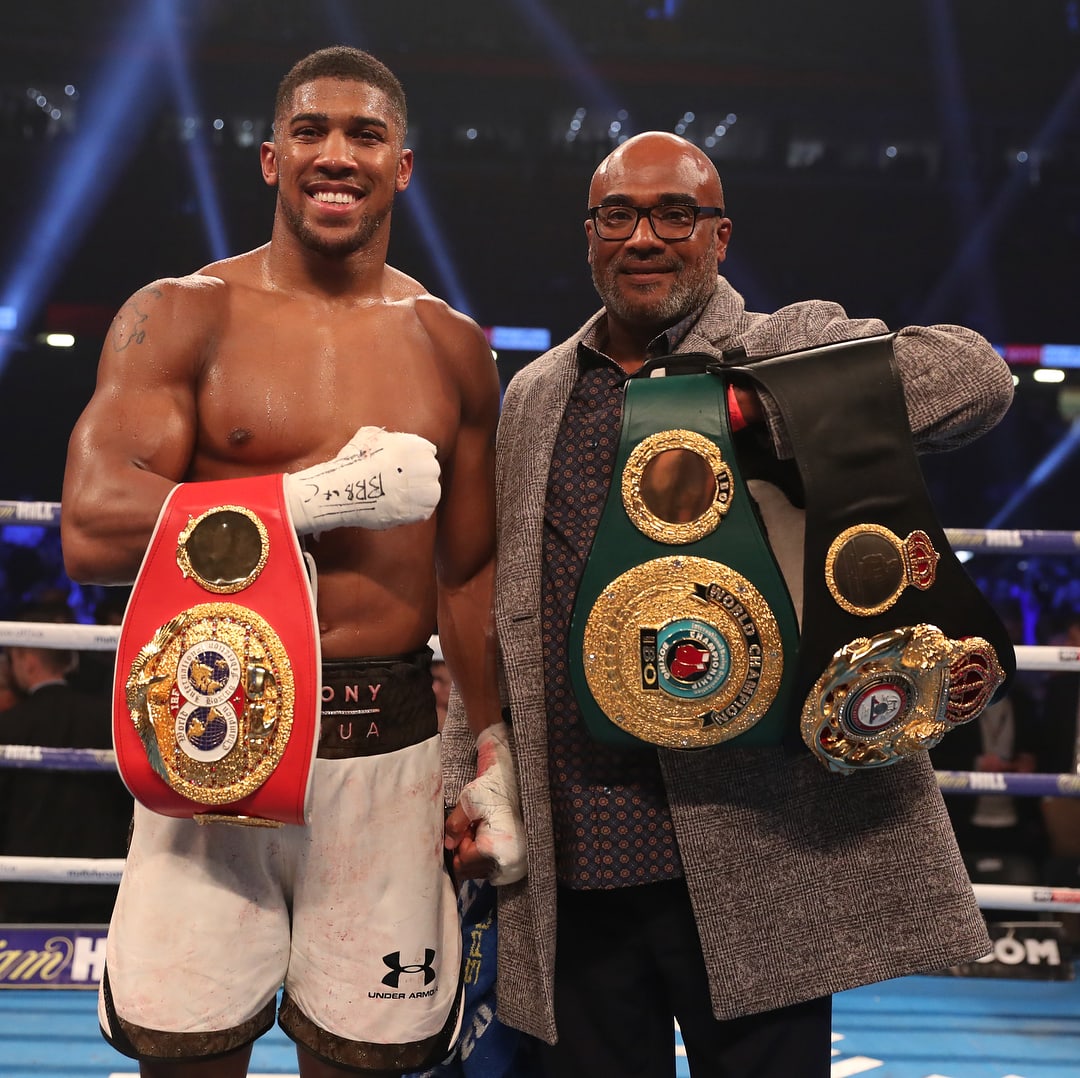 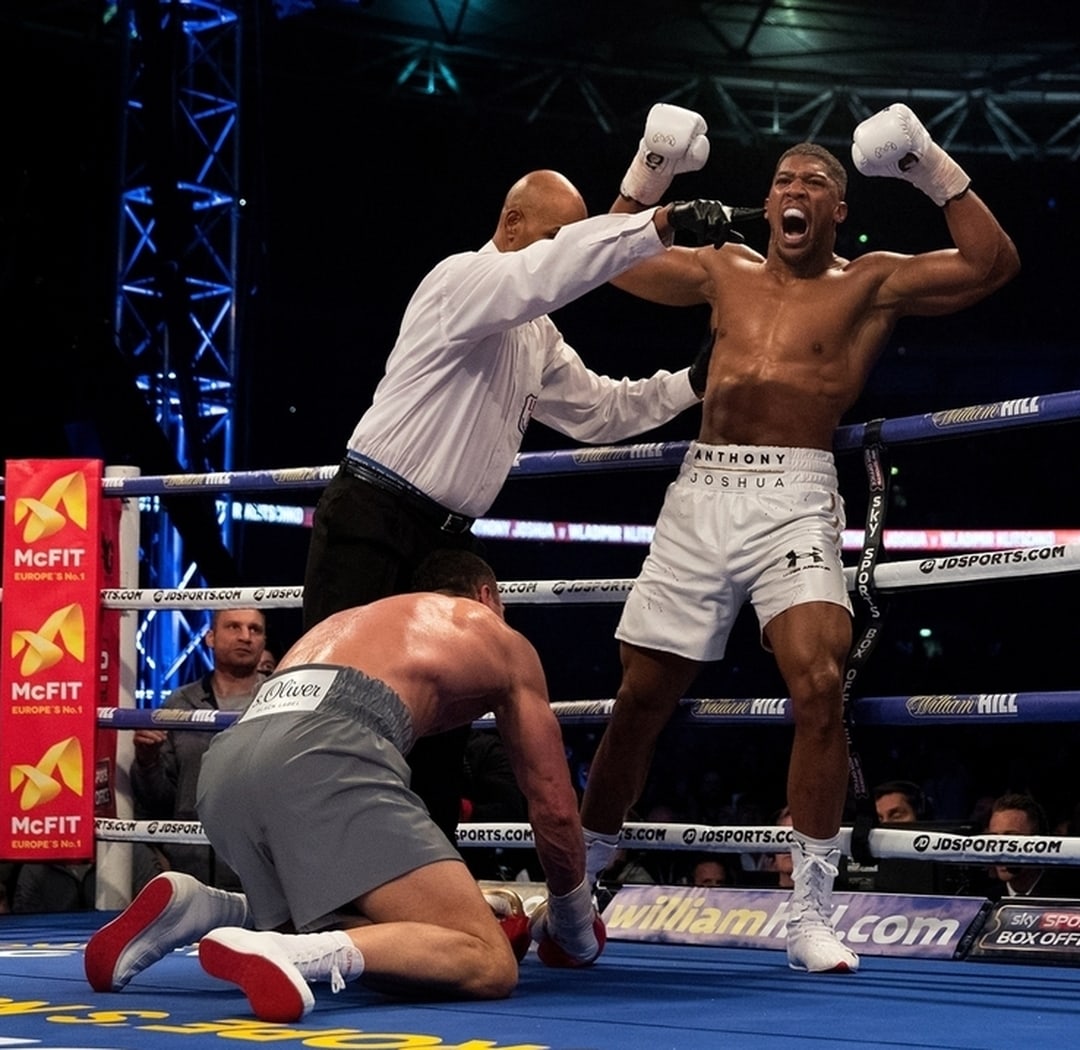 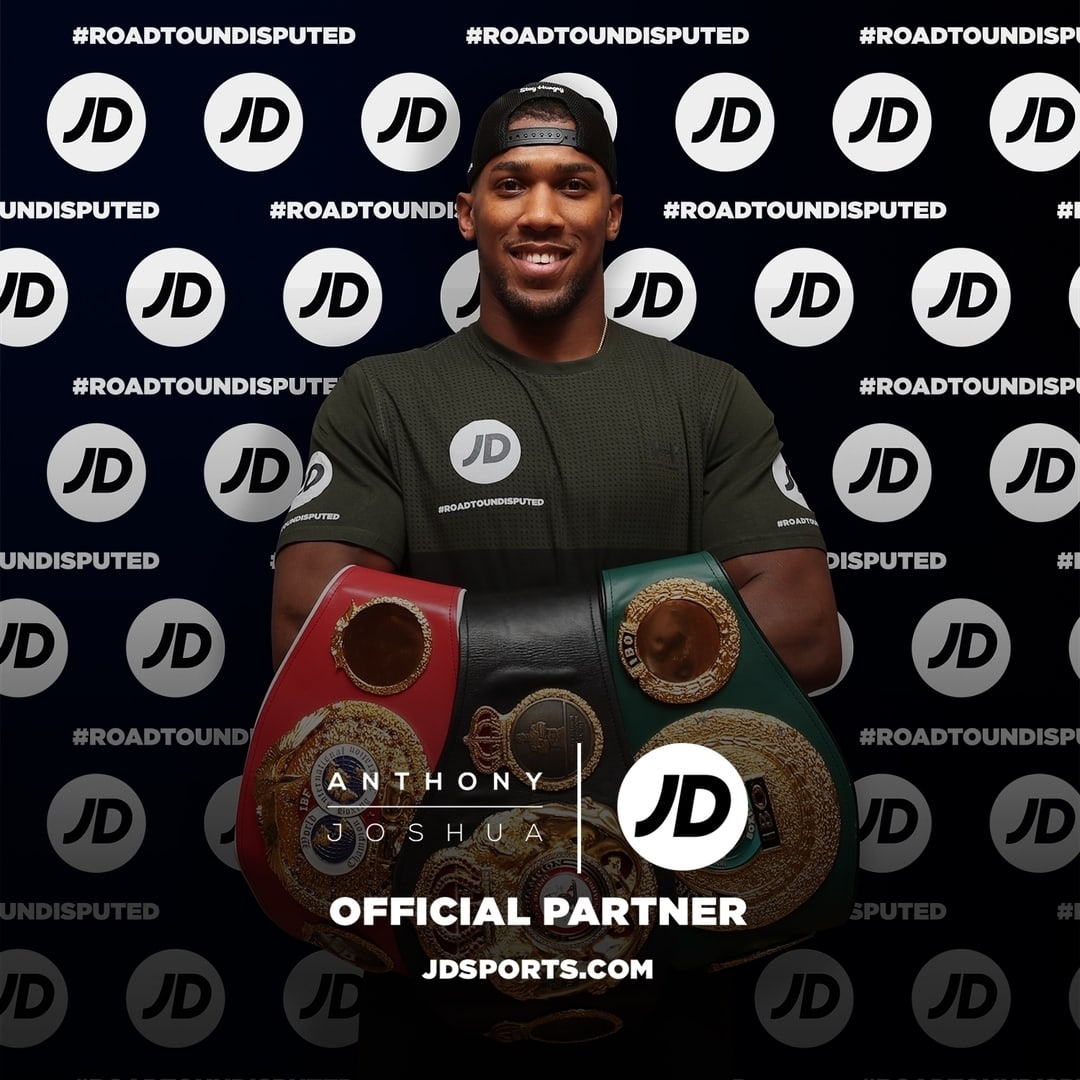 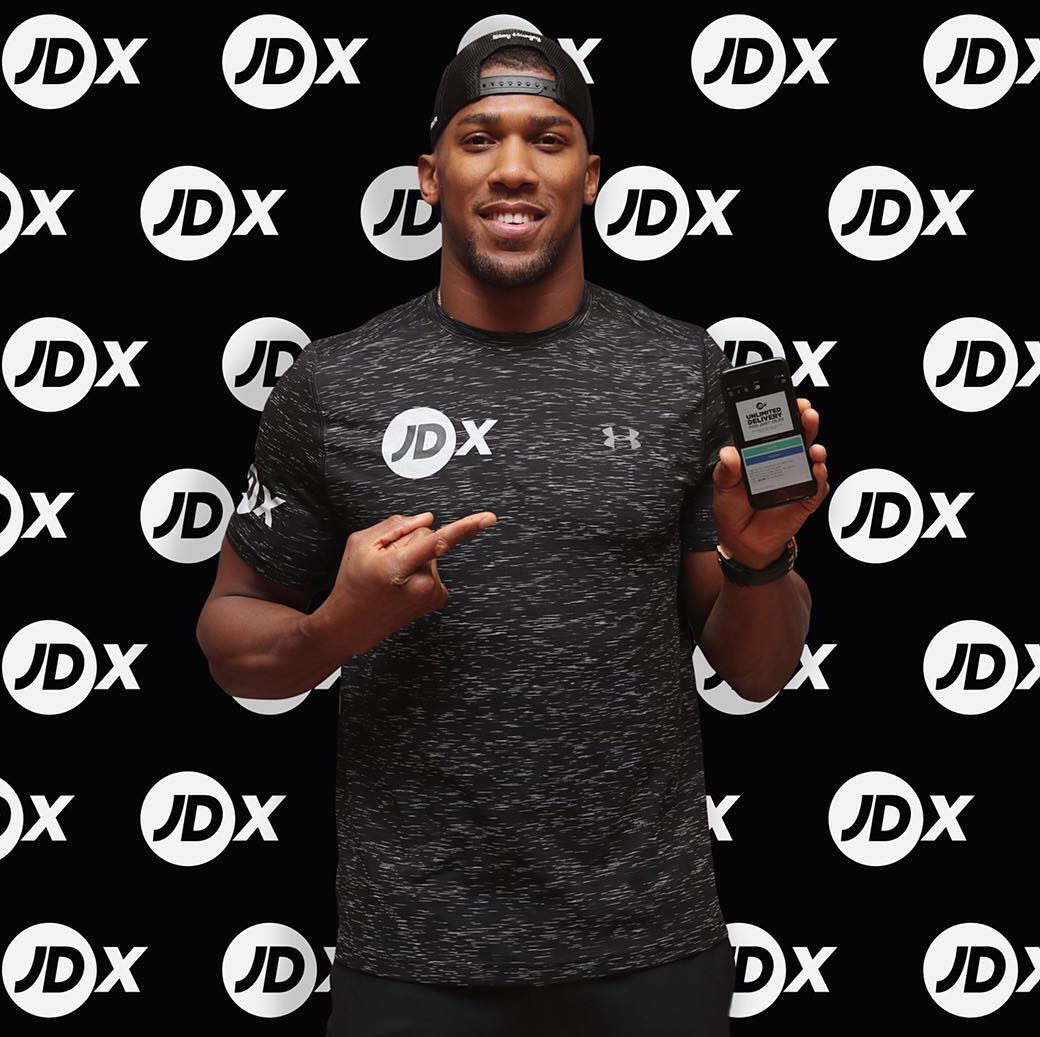 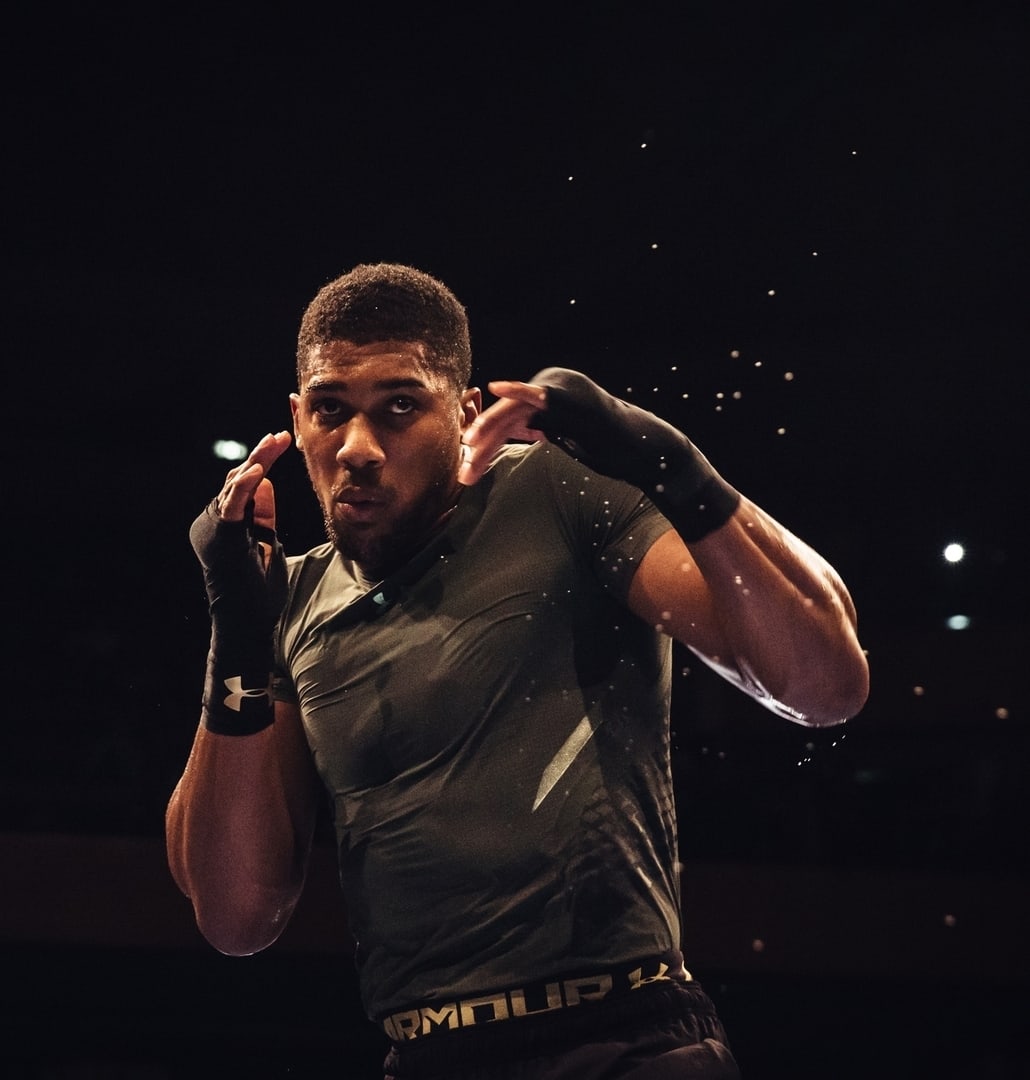 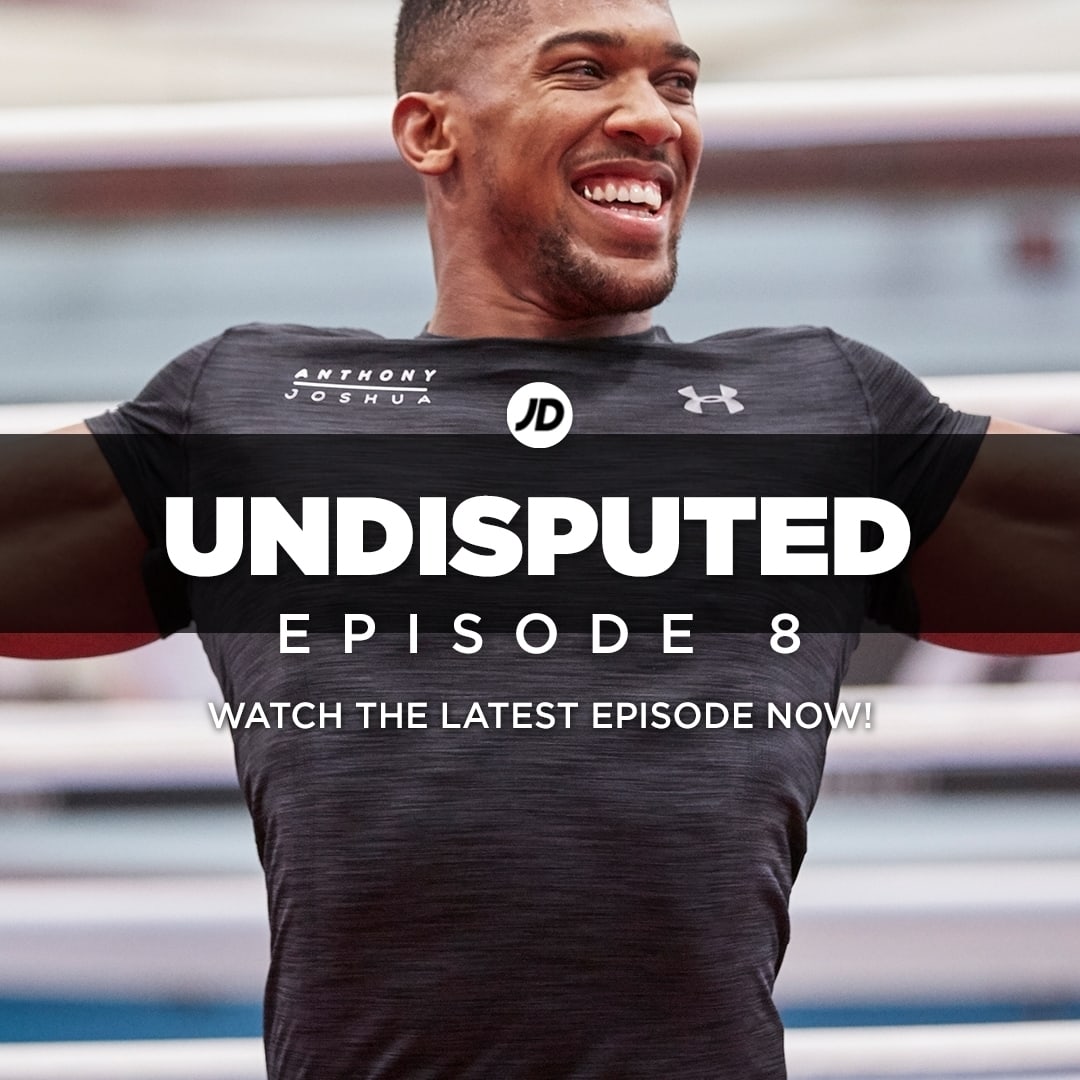 Be the first to know

When you visit any website, it may store or retrieve information on your browser, mostly in the form of cookies. This information might be about you, your preferences or your device and is mostly used to make the site work as you expect it to. The information does not usually directly identify you, but it can give you a more personalized web experience. We use Strictly Necessary cookies to make our website work. We would like to set optional cookies to give you a better user experience and to assist us in understanding how visitors use our site. Because we respect your right to privacy, optional cookies are not set unless you enable them. Click on the different category headings to find out more and change our default settings. Blocking some types of cookies may impact your experience of the site and the services we are able to offer. You can always change your preference by visiting 'Cookie Settings' at the bottom of the page.